One of the most exciting aspects of building a new home is that you get to choose the features and finishing touches you want, right from the very beginning. 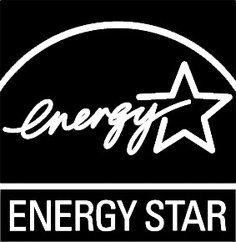 Energy efficient choices can save families about a third on their energy bill with similar savings of greenhouse gas emissions, without sacrificing features, style or comfort. ENERGY STAR helps you make the energy efficient choice for your wallet, for your family, and for the environment—bringing these important benefits:

By using less energy for heating, cooling, and water heating, ENERGY STAR certified homes deliver approximately 20% savings on annual utility bills. Over the 7 to 8 years that a typical family lives in a home, you can save thousands of dollars in maintenance cost.

In ENERGY STAR certified homes, comfort is ensured with consistent temperatures between and across rooms; indoor air quality is enhanced by reducing dust, pollen, bugs, and excessive humidity; and durability is improved with comprehensive water protection, windows that block damaging sunlight, and better grade equipment.

The energy used in our homes often comes from the burning of fossil fuels at power plants. So, by using less energy to operate, ENERGY STAR certified homes help to prevent air pollution—an added benefit for today’s environmentally-conscious consumer looking for “green” choices.

Clayfield Builders is a registered Tarion Builder. We work with Tarion to ensure that your investment in your new home is protected.

​​In addition to deposit protection and delayed closing compensation, homeowners may be entitled to the following:

A major structural defect is defined in the The Ontario New Home Warranties Plan Act as:

In respect of a post June 30, 2012 home, any defect in work or materials in respect of a building, including a crack, distortion or displacement of a structural load-bearing element of the building, if it,

(i) results in failure of a structural load-bearing element of the building,

(ii) materially and adversely affects the ability of a structural load-bearing element of the building to carry, bear and resist applicable structural loads for the usual and ordinary service life of the element, or

The seven year MSD warranty includes significant damage due to soil movement*, major cracks in basement walls, collapse or serious distortion of joints or roof structure and chemical failure of materials. In addition to the general exclusions, the seven year MSD warranty specifically excludes: dampness not arising from failure of a load-bearing portion of the building; damage to drains or services; and damage to finishes.

For most condominium projects, warranty coverage also includes the shared areas of the building, referred to as Common Elements.

*Soil movement means subsidence, expansion or lateral movement of the soil not caused by flood, earthquake, “acts of God” or any other cause beyond the reasonable control of the builder.

The maximum statutory warranty coverage available for freehold homes and condominium units is $300,000.

The maximum coverage for condominium common elements is $50,000 times the number of units, up to a maximum of $2.5 million.

The maximum combined coverage for a condominium project (units and common elements) is $50 million.

There is a maximum of $15,000 for warranted damage caused by environmentally harmful substances or hazards and a maximum of $25,000 for coverage of septic systems.

Building a world around you.

There are so many exciting ways to use colour tile

This black kitchen island stands out in this dream

“When life seems hard, the courageous do not lie

Framing has started on The Mill home model! Check

Here in 'The Anna' floor plan some extra personali

There's no better way to make an office feel more

So it begins... Part 20 is dug and our latest Farm

At @clayfieldbuilders we have built our business o